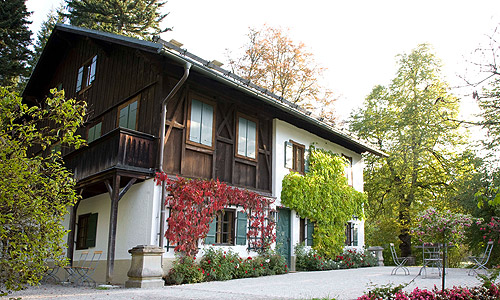 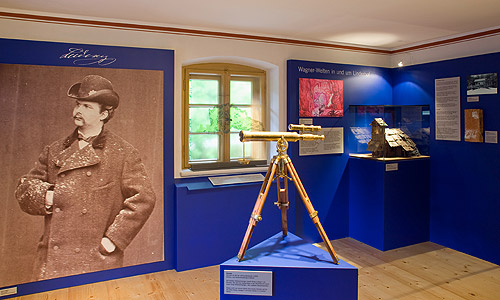 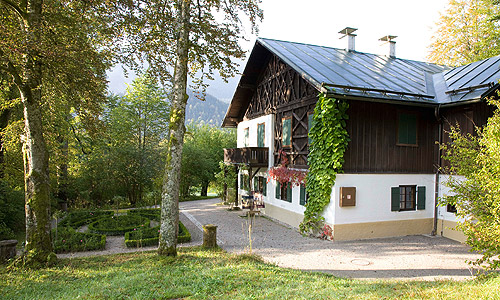 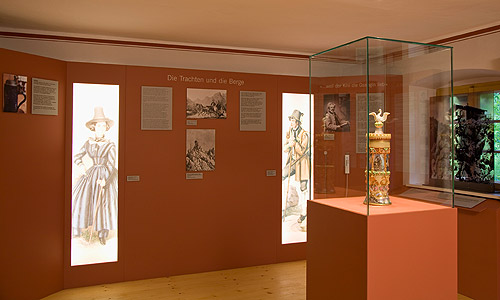 The building, which dates from 1790, was originally located where the palace is now, and was moved at the king's request in 1874. It had already been used by Maximilian II, Ludwig's father, as a hunting lodge. Ludwig II lived in it frequently before the palace was completed, and after the king's death it was often used by Prince Regent Luitpold.

Today's exhibition in the Royal Lodge covers topics such as the building’s origins as a farm, its use by the royal family and its significance as a planning office for Ludwig II’s many building projects.

back to the Moroccan House

further on to the Water Parterre