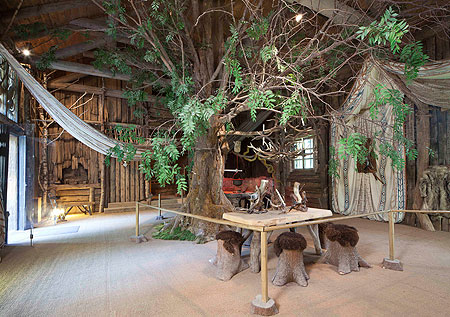 This building, originally erected in 1876 at the foot of the Kreuzspitze, was modelled on Hunding's dwelling in the first act of the "Walküre" from the "Ring des Nibelungen". In 1884 it was destroyed by fire and rebuilt in the same place and in the same form several months later. In 1945 it burned down again and was reconstructed elsewhere in the park in 1990.

back to the Forbidden Gate

further on to the Hermitage of Gurnemanz
(end of the tour)